In recent times it has turned the more critical problem of choosing a convenient storage device. Famous CDs first appeared in 1982, underwent a long and glorious path of development. Initially on the disc could store 700 MB of data (the first models with 650 MB of fast-evolving). With increasing volumes of software distributions took more capacious disks – so there was DVD. Currently, Blu-Ray technology is more popular, with its 25 GB or more capacity. But more and more often, this CD development task for backup and storage of information will end, replaced by solid-state media. It is not always obvious, but progress in this area is particularly closely monitoring the owners of laptops. Replace the CD-ROM drive or installed inside the PC system unit an additional hard drive does not pose any difficulty. But in laptops, it is not that simple. Habitual ways of a second hard drive in the laptop cannot be placed, because the inside of the housing components are very tight and there is no free space. 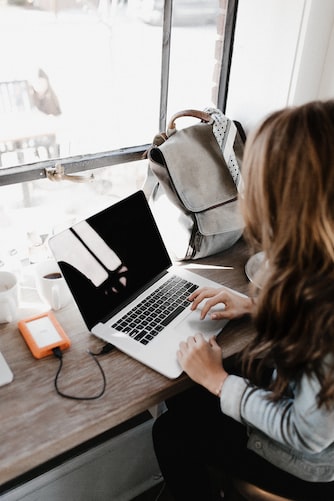 However, with the development of the USB bus, there were quite a lot of devices, including the external hard drive for your laptop. In contrast to the usual varieties of internal settings, such drives (HDD) have a USB interface that supports “hot” connection/disconnection device (which was not, for example, IDE). The hard drive is connected to a laptop is very simple: it is enough USB cable from the HDD, to include in any free appropriate port on the laptop. As a result, the operating system will detect the fact of connection and, if you already have a file system automatically assigns a letter to the disk, allowing you to work with the device. When selecting an external USB drive is recommended to pay attention to the way of organizing power. Some models for communication with a laptop using a USB bus, but for power – a small external unit that is less convenient. Others do not require such a block, content 500 mA from the port (A 1 or in the case of using Y-Cable). Yet, it is worth noting that the model with the power supply often has a higher speed and capacity. The external hard drive is most often used as a backup of important data or portable devices (remember the CDs).

Hard drive for laptop and computer (PC) are selected differently. If the PC is the main criterion for performance and capacity, the energy efficiency for portable models added to the list. After all, a mobile computer must run on battery power for a long time, which is why the hard drive for laptop almost never with 10,000 rpm spindle. Such a decision would be very wasteful in terms of battery consumption. Buying an internal hard drive for a laptop you need to determine the type of interface. At the moment, there are two: IDE and SATA. Between themselves, they are not compatible, so the HDD interface and controller on the motherboard must comply. If you have got an IDE HDD, an IDE HDD case may be necessary for you. And if you have got a SATA HDD, SATA3 connector cable might be nice.

Spindle Speed (RPM) determine the performance, power consumption, and heat. The fastest model is 7200 rpm, a compromise – 5400, and the slowest (increasingly rare) – 4200. The higher the rotational speed, the more heat, and energy costs. One of the characteristics of the hard disk is the amount of cache memory. What it is, the better. Currently, there are hard drives on the basis of solid-state flash memory. They have no moving mechanical parts, but have low energy consumption, low weight and high-speed characteristics approaching (and even ahead) analogs with magnetic discs inside. One of the disadvantages is the high cost.